The ingame map can be displayed by pressing 'M' or clicking the M button on the ring of commands at top right of the screen. Clicking on this map will bring up the full size map. It is good to get into the habit of using Escape to exit the map, as clicking on the X at the corner will close the game itself in the similar-looking Teleport map screen accessed at world Teleport NPCs.

The player's position is always shown as an arrow. Squad members who are on the World Map will be shown as icons representing their class; while they are in Fu Ben dungeons and the like, their positions are not shown.

Waypoints are shown on the map as blue downward-pointing arrows; hovering the mouse over them will display the Waypoint name. Mission targets are shown as pink flags; oftentimes there will be a collection of them, in the case of monsters that have multiple spawn points. Note that there is a maximum limit to the number of monster spawns that can be shown, so there may be many more spawns available.

The Territory map can be accessed with a button at the bottom right. Territory Wars status is shown on this, with attacks being shown as curving arrows

The World Map is incomplete; new expansions are planned to add new sections of the map, just as the Genesis expansion most recently added the wide swath of territory to the far southwest of the map, and the Rising Tides expansion before it added the square of Tideborn islands. Lands yet to be filled include strips of land to the west, and potentially, a new land to the east, across the ocean from the east coast of Perfect World mainland, and the strip of land parallel to the Earthguard lands, south of them.

Below is a World Map for Perfect World International; the one shown ingame, when players click on the main map. It is reduced in size considerably. Due to file size limits, it is in seven pieces with a small amount of overlap between each. The missing words on the right had side are Endless Sea and Snake Isle. As with all images in wikis, the original large-scale image can be accessed by clicking on the small one here; click on each segment to enlarge it, or follow the direct links beneath the map. 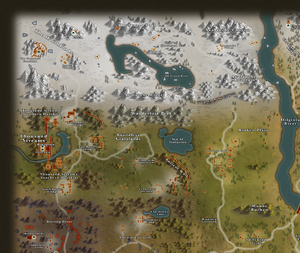 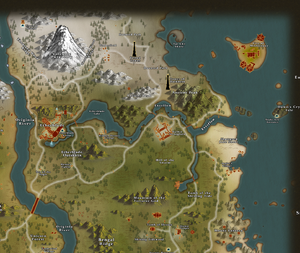 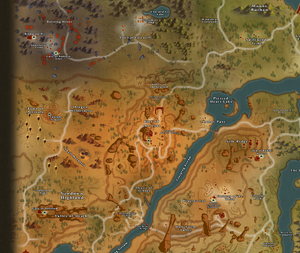 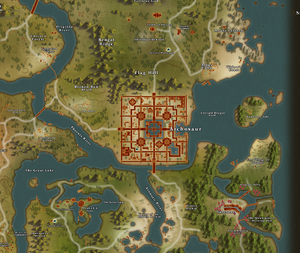 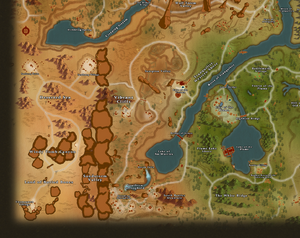 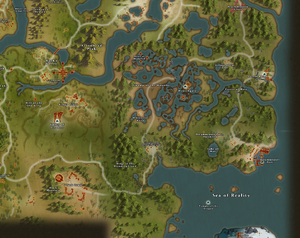 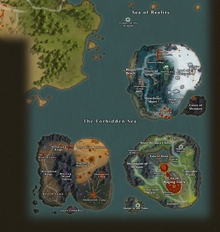 Direct links to the images