This article is a stub. You can help Perfect World International Wiki by expanding it.

Secret Passage is a medium sized instance with a few quests. It has a dungeon within a dungeon: the Hall of Deception. In it are Shade Eido, Dismal Shade, the Celestial Painting and the Wheel of Earth. Like the Hallucinatory Trench, exiting the Secret Passage leads to the entrance rather than the nearby town. Uniquely among dungeons, players can use Flying Mounts inside. Player Killing is enabled inside the dungeon, but combat must be consensual; attacking unwilling players is not allowed and can lead to consequences from Arc management.

Players leaving squad do not receive timers; the fastest way out of the Passage is to log out and back in again, the character reappearing in Orchid Temple.

The entrance for Secret Passage was originally planned to be at 550 767, at the large mausoleum named the Tomb of Heroes on the map, at the top of the ramp where Farng and Krixxix lurk, and around which the Bloodraged Cadaver roams. The Coordinates Assistant still links to these coordinates.

And now a dungeon map with info. Use the legend to see where bosses are located. 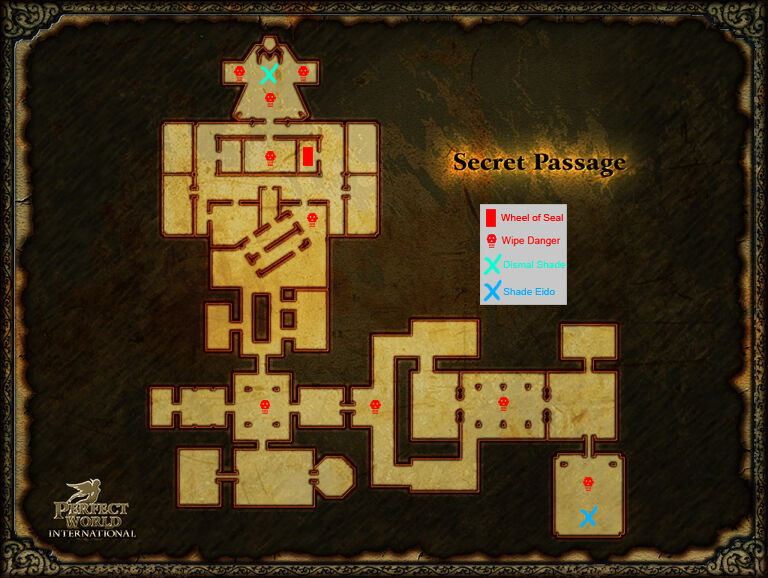