Armor can be equipped on the character from the Inventory screen to provide physical and magical protection for the player's character. The armor that a character wears actually shows up on the character's body (unless they have the Fashion tab turned on), and each style of armor has a different look to it. There are six different articles of armor: chest, legs, boots, head, arms, and robe. The chest, legs, boots, and arms articles come in three different types: heavy, light, and arcane. Magical and other higher quality armor has other bonuses, usually additional HP or Attributes. Armor, along with the other wearable items, can be Refined.

Armor has a primary and a secondary attribute requirement. Heavy is Strength/Dex, Light is Dexterity/Str, and Arcane is Magic/str. The secondary requirement is very important, as it is always a limiting factor on a character's damage-dealing stat. This is why hybrids suffer so greatly in damage potential, because they are making a much higher drain of Primary armor requirements against their primary damage, instead of a secondary. Even the Venomancer class, which is designed to do damage with physical attacks, severely limit its spell damage with Heavy armor.

Spell-casting classes overwhelmingly choose arcane, with its high magic requirement. Heavy armor gives protection for tanks who keep aggression (Aggro) from monsters away from the arcane classes, and light armor wearers with their limited defense and high damage must, like casters, take care to not steal away Aggro when in teams.

There are numerous repetitions of armor design. This is not as bad as it sounds; characters only stay a level for a short time, so there is less to be gained from making different designs for low level armor, and in fact, something to be lost, as players would be unable to access the "look" of the different low-level armor.

The ultimate armor is still level 16, unless the database is missing information. The introduction of the Homestead has enabled level 17 weapons. The availability of level 16 armor, is much improved; it can now be bought in Player Shops for around 24 million to 26 million each piece.

This is typical. The Heavy armor is not merely best against physical, it is best overall. This is well balanced, serving the role of the Tank as heavily armored and defended against all damage, with lots of Health, and no magic at all, and not even as many combat tricks, outside of those that maintain the direction of enemy aggression towards themselves rather than their more lightly armored team members.

The light armor is interesting. It is very much, Jack of All Trades, Master of None. Light Armor wearers WILL be using potions when they do not evade damage altogether; their Physical Defense is only a sliver better than the Tank's Magic Defence and their Magic Defence is nothing special. On the other hand, their survivability is very high; nothing is going to be a Nemesis to them, to be avoided at all costs, except large numbers of things, where for the other two armor types, it would be 50/50 in any case.

Arcane armor is easy to read at first. Physical attacks = Dead. This is no different than any other MMO. But to players not used to PWI's system, the concept of the Magic Tank is utterly unfamiliar. Mages are often chosen as Tank against bosses that never use Physical attacks, on the principle that they have are armored against magic damage, just as a normal tank is armored against physical damage. There are two other considerations : One, a potentially a lethal one-shot kill; Barbarians are exceptional tanks not only in their armor but their HP, and there is conceivably a situation which would favor them over mages as Tanks where the damage spike is too high. Two, damage is an amount that needs to be healed over time; Mages are better than Tanks against magic damage, because they incur less damage and thus save on healing. 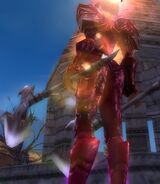 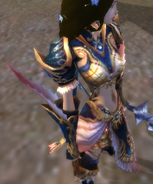 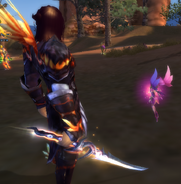 Intangible (Twilight Temple), same design as generic/crafted Amethyst and the "One Mind, One Heart" Master's set from the Tome of Cultivation 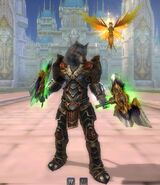 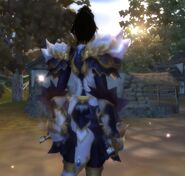 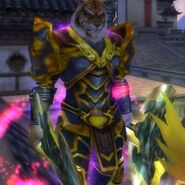 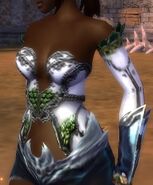 Armor of Demon General, L70 Light Armor Quest Gear. It has about 90% of the protection of the same-level Swiftwind Chest and looks the same as the level 80 Lunar Chaser Armor, both from Twilight Temple 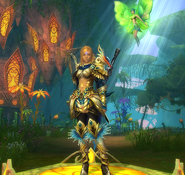 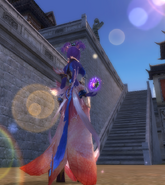 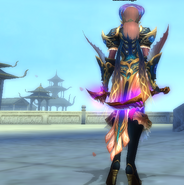 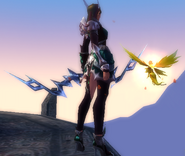 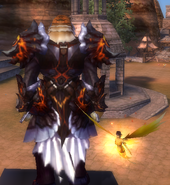